skip to main | skip to sidebar

The second campaign world I played in was the Forgotten Realms Campaign Setting. This world was expansive for it stretched over an entire world that had some parallels to earth. Abeir-Toril was the third planet away from the sun. It is orbited by one moon known as Selune, which was hit by a comet and bits of it surface trail after it. The other planets are; Anadia, Coliar, Karpri, Chandos, Glyth, and Garden. The main setting took place in Faerun, a continent that held typical European fantasy genres from the Vikings, Spaniards, the Brits, etc. Not only that but toward the south east you even had Ancient Lands that include deities from the Chaldean and Egyptian Patheons. The world known as Toril contained other parts as well.... like the Zakhara (an Arabian themed land), Kara-Tur (contained parallels to China, Japan, India, and Korea, and Tibet), Maztica and Anchorome (New World), Katashaka (Africa), and Osse (Austrilia). 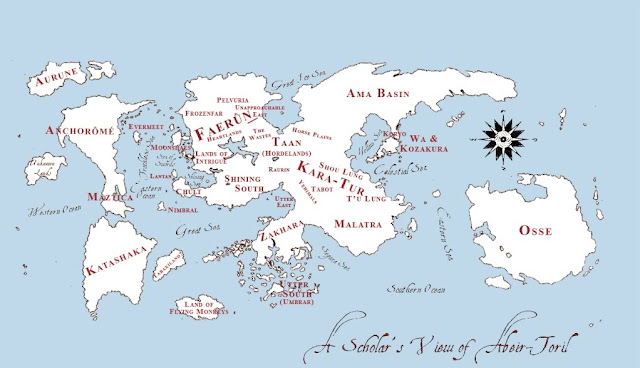 The world itself was highly detailed and contained a variety of fantasy pantheons, as well as an original group of gods native to Toril. What started off this world was the Avatar series, were three Dark Gods stole the Tablets of Fate. All the gods were punished and were sent to the world to find and restore the Tablets back.
For the next couple of decades we learn of the many stories of Faerun, the Legend of Drizzt do Urden, the history of the world greatest wizard Elminster, and even the stories of the exploration of Maztica and and invasion by the Horde of the Ama Basin.

Yet the world would change when the campaign setting went under new management..... hence centuries later another cataclysm would occur that would reshape the entire D&D world once again. The War between Mystra and Shar would errupt once more and this time reveal a startling truth. That in the early days, Abeir-Toril was split into two planets.... once were the Primordials would dwell and another where the gods would dwell. Thus things have been since the Dawn Cataclysm..... yet with the Death of Mystra once more the weave that kept things at bay broke. A portions of Toril (Maztica and some smaller areas of Faerun) were swapped with its twin world. Soon new lands like Laerkond (took Mazticas) place appeared. The extent of the damage is unkown as well as the fate of millions of people now trapped on a foreign world.
Posted by Conclave27 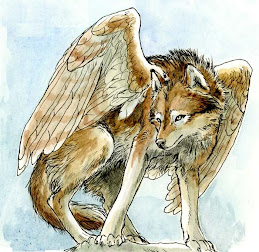